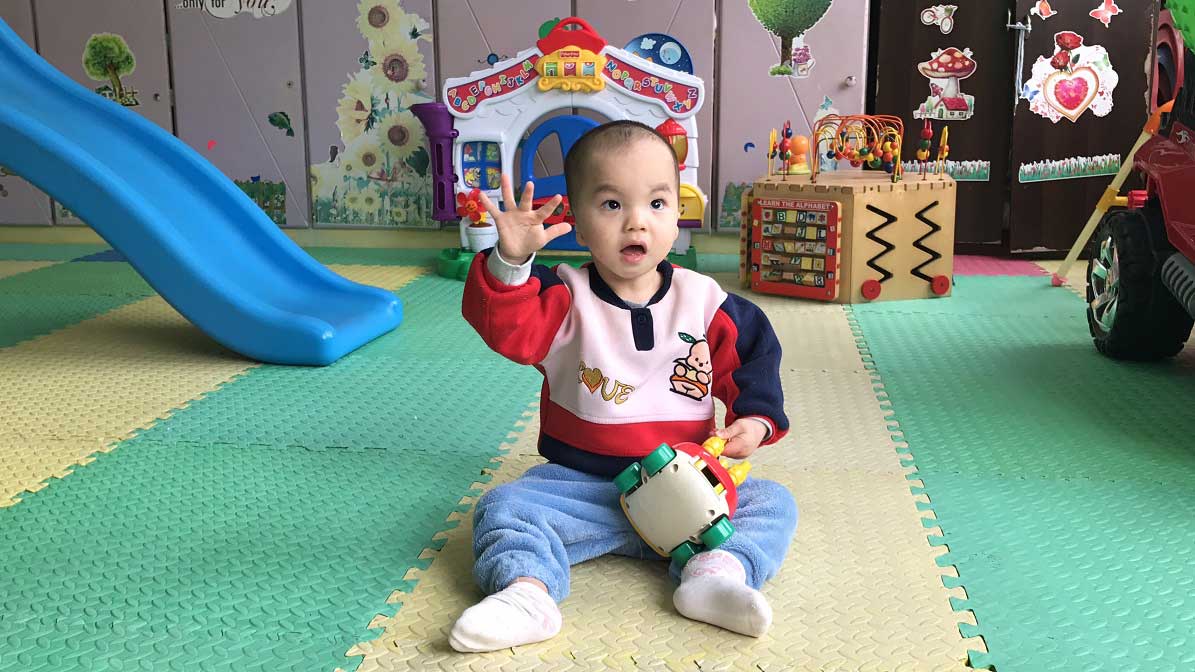 Julian will soon be five years old. He was born with congenital heart defects (atrial septal defect and patent ductus arteriosus) which were repaired when he was 6 months old. Since then, he has been in good health and rarely gets sick. Julian was born with ear deformities, but they do not seem to impact his hearing. His teacher reports that Julian is very focused in class, behaves well and follows adults’ instructions carefully. Julian’s speech development is delayed when compared with his peers, but he says simple words to express himself.

Julian reportedly has healthy physical and mental development, normal emotional attachment relationship, strong adaptability, quick adjustment, and a good relationship with caregivers and companions. He has learned many skills, such as martial arts, somersaults and jumping over obstacles. He has good hygiene habits, such as flushing after using the toilet, washing hands frequently, washing hands before meals, helping move chairs, etc. Although Julian can’t directly express most of his needs in words, he expresses it through body language. He is described as mature and sensible.