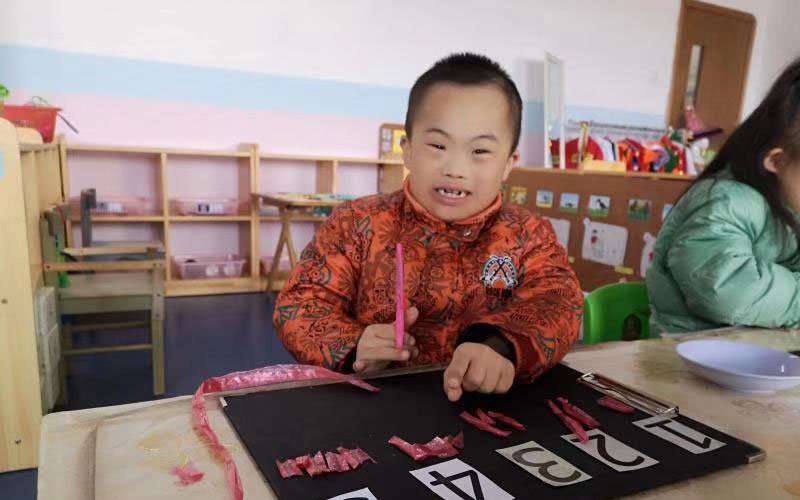 Harley will be 9 years old in September. He was born with Down syndrome and came into orphanage care when he was about six months old. In his 2019 report, Harley was described as sunny, kind and helpful. He likes singing and dancing and has strong musical sense. He communicates with 5 – 10 word sentences and gestures, and his caregivers easily understand his meaning. He knows shapes such as circles and triangles, colors, the days of the week, has the ability to concentrate, and often raises his hand to answer his teacher’s questions. Harley has good motor development. He can jump, skip, catch and kick a ball. His fine motor skills are also well developed: he can string beads, use scissors, button clothes, and pick up small objects.

Harley is in good health, takes no medication, and rarely gets sick. In 2020, his intelligence was described as higher than other children with DS. He likes to learn new things and gets along well with other children. He eats the same food as adults and eats on his own without assistance. Harley doesn’t really understand the concept of adoption, but he knows that he will have a family. He can use the toilet independently. Harley is eligible for a $5000 grant through Reece’s Rainbow. Our agency fee ($13,110) is waived in full. Can Harley be the son you’ve been searching for?